Use an EPC instance

Use an EPC instance

KCE allows you to add Elastic Physical Compute (EPC) instances as nodes to a KCE cluster. If containers run on high-performance EPC instances, performance loss caused by virtualization can be avoided and robust performance experience can be guaranteed for you.

Install the container agent on an EPC instance

Kubernetes and Docker require the specific kernel versions of images. Therefore, you can install the container agent only on EPC instances that start with the specified images. 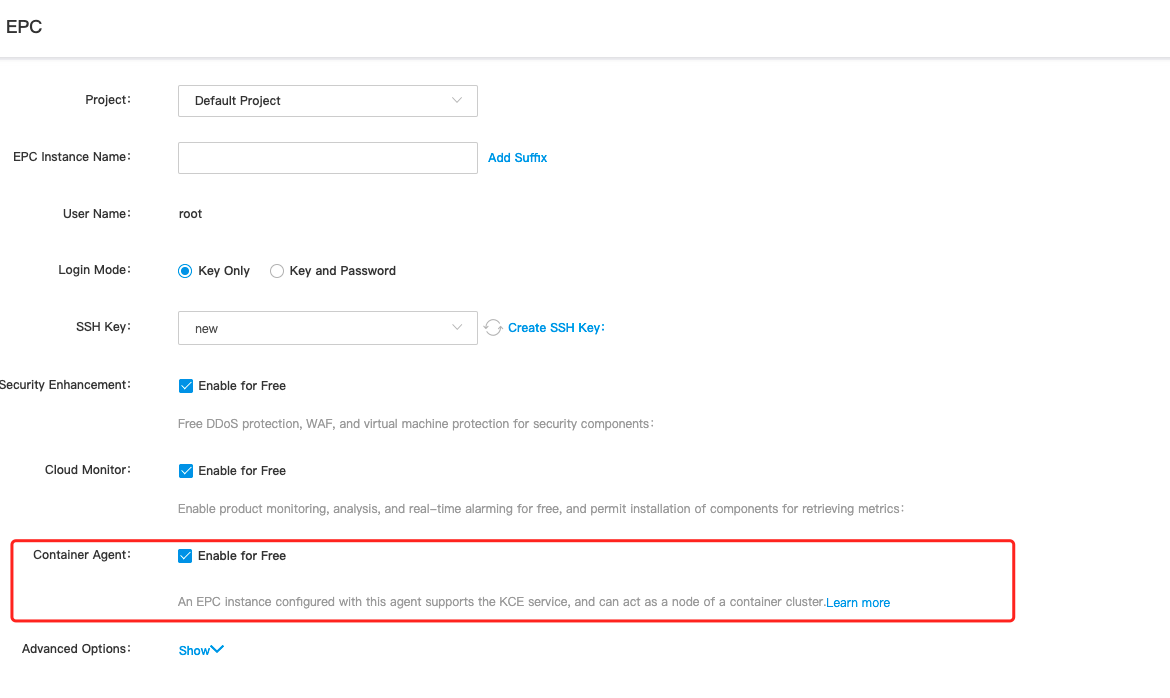 Add the EPC instance to a cluster

Note: An EPC instance must meet the following requirements before it can be added to a cluster:

Remove an EPC node from a cluster

You can remove an EPC node from a cluster. On the Node page, find the EPC node and click Remove Node in the Operation column to remove the node.

To allow Kubernetes to support NVIDIA GPUs, you must install the NVIDIA driver and CUDA. We recommend that you install the preceding software on the GPU EPC instance before you add it to a Kubernetes cluster.

Cambricon Kubernetes Device Plugin is developed based on the device plug-in architecture introduced in Kubernetes versions later than 1.8. You can install the device plug-in on an EPC instance or run it as a DaemonSet to manage MLU resources, without changing the source code of Kubernetes. The device plug-in can automatically report the number of MLU100 devices, track their health status, and run MLU-enabled containers.